Islands in the Stream...I mean house

This island is probably being talked about because it's going to be my bed (in case you missed the cinnamon roll post).  I know I will spend so much time in the kitchen and I'm so excited about getting to design the island.  Maybe even more excited to know that it's going to contain a dishwasher, which the house didn't have before.  So I hope you can appreciate my excitement. Meanwhile, Brett is dreaming about electrical design, where to put outlets, and his plans for a barn and cook building.

On island planning day, we taped up where the refrigerator and pantry cabinet will be (in front of that closed door below) and where the island will be.  It will roughly be 40 inches deep and 80 inches wide/long.  Then we used an extension cord to outline where our round table will go.  We think/hope that there will be enough room for movement around the table and island.  If not we will need to decrease the island's length a little.  Still working on ideas... 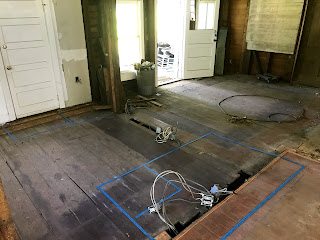 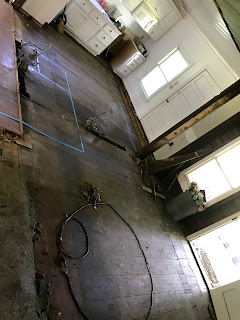 In terms of the design, we had the idea to use some of the blue boards you see here that were on the ceiling and wrap three sides of the island with them.  (Don't worry, we'll send out a post of that project.) 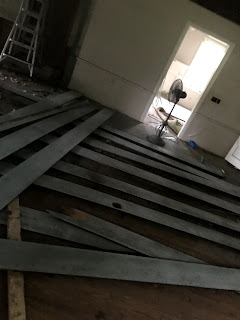 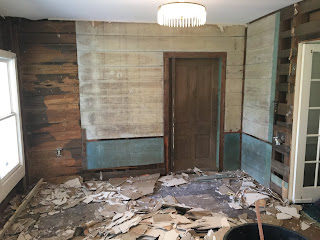 So the sides will look something like this...not sure about counter-top material yet...any suggestions? 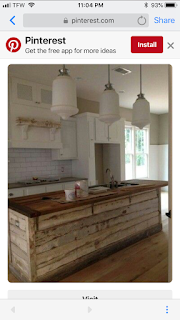 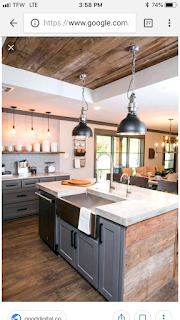 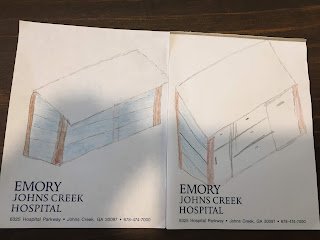 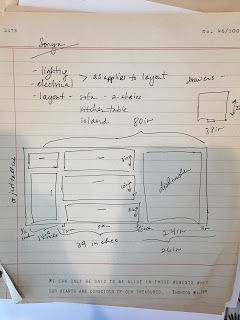 After the island chat, we celebrated by putting the boat in the pond for the first time.  It's a bit tricky because there are cypress trees and roots surrounding the pond.  But Brett found a decent spot to put in and Audrey caught her first fish in the new pond. 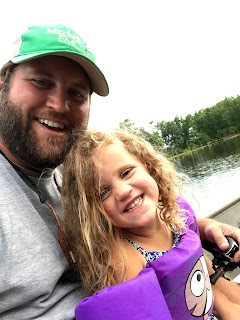 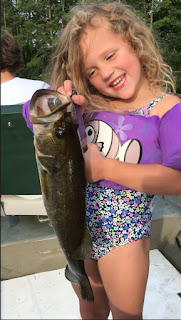 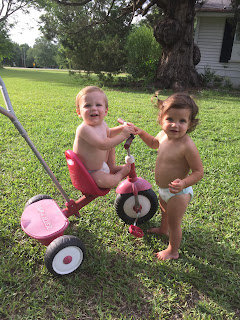